Makin’ It in the 21st Century: The Story of Lamont Waits & Boogie’s BBQ

I must admit that I have been taking my time about writing this story for several reasons. I will spare you the reader those details and focus on the most important one … getting it right. Yes I wanted to write this story right for the readers and the individual being featured.

I am drawn to tales of people making it in this world; achieving their personal and professional goals through conscious concerted efforts of their own.  This may possibly be due to my own hard-fought efforts to achieve my particular goals.  It may be because I enjoy seeing success on others as well as myself.  Why should not I or anyone in the world, especially Americans, enjoy the “from the bottom-up” story?  Let us all face the truth that the country was built from the very ideal.

All the above mentioned were the ingredients for a strong support system for the common man and woman to build something, anything.  Faith in oneself.  Faith in the family that one established.  Faith in the bonds of the friendships made.  A faith in all these things which coalesced into solid communities and supportive units that made the American family, American enterprise the template for success.  This story of Lamont “Boogie” Waits, a restaurateur operating and residing in the greater area of Houston, Texas, is the story that imbibes these old American dreams and values.  It is the story that is the epitome of vision, perseverance, loyalty and reciprocity.

On January 6, 2017, Lamont Waits found himself celebrating his fortieth birthday.  A surprise party thrown by his wife that included family, long time friends and supporters of their dream.  This celebration of four decades of living was more than simply celebrating the life of this man, but a show of support to a man who has managed to maintain his sense of loyalty and humor in spite of having the odds against him many times in his life.  Raised in a single parent home, the loss of a younger brother to gun violence, and the loss of job in the midst of an America with declining opportunities, these would be excuses for one to fall into an abyss of self-pity  and deny oneself the right to move forward.  As Lamont said, “I don’t let things get me down. I don’t question God and his actions. I’m just blessed to have risen above what has been deemed the negatives and made them into a positive.”

With such an outlook, he has been fortunate enough to relocate to Houston with a friend, who has been integral in assisting Lamont in his business venture.  Also, Lamont met his wife, Mrs. Nicoya Waits, who worked a job to assist Lamont with the transition of Boogie’s BBQ from street vendor status to full-fledged family owned restaurant status.  Barbecue is serious business for Houston residents.  So for Boogie’s Chicago Style Barbecue to be successful is a testament to the quality of the product being produced and sold, but the quality of customers, and supporters that surrounds this growing businessman. 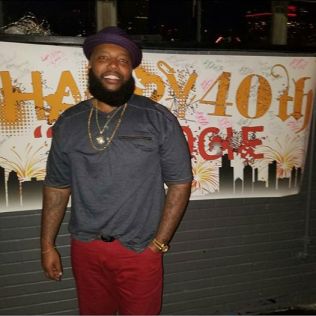 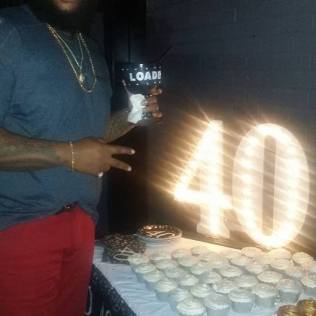 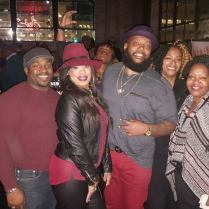 Fast forward to April 2018, and Boogie’s BBQ is luring in more customers with their home-style menu of ribs, pork, fried chicken & fish meals, at the Houston Zydeco Fest.

Like all successful businesses, the vision starts out as a dream.  A dream soon manifests itself into small leaps of faith to eventual full-blown commitment.  Lamont took that leap of faith with his business venture between 2006 and 2008 as he recognized the hustling & bustling culture that was being cultivated in Houston at that time.  Something deep inside of him egged him forward.  Armed with his vision, supportive friends and family members, and his love for his hometown (Chicago) and Granddaddy’s barbecue, Boogie’s Chicago Style BBQ was born as Lamont took to the streets to sell food across the greater Houston area.

Throughout this 21st Century, the American – and even the global – consumer has bared witness to the business sector and the myriad of businesses failing.  Some of the failures were due to local businesses being elbowed out their communities by the major franchise retailers & restaurants.  Other businesses saw failure occur through mismanagement, outdated business models and the changing tastes of the general public.

But as the consumers started to see major retailers and restaurants such as Rue 21, Vitamin World, Cosi Inc., Circuit City, Radio Shack, Corner Bakery, Payless Shoe Source, HH Gregg, Fox & Hounds, and Old Country Buffet began filing for bankruptcies.  The executives at these companies scrambled to figure out what was wrong with their business models; why the consumer was not purchasing?; why the economy was dipping with no seeming bottom?; and how they could get them back?

While those executives were scrambling; Lamont, his wife and long time friend were working, hustling and successfully pushing the Boogie’s Chicago Style BBQ venture, which was surprisingly growing in reputation and finances each year.  How could this be in a down economy? Why was this small business succeeding where big box businesses were failing?  The answer was – and is – quite simple.

Lamont and his circle of family and friends were unafraid to engage in a business method that these major bankrupt (and in the black) companies have chosen to abandon over the years.  And that is appealing to the direct interests of the consumers.  This is how entrepreneurs succeed.  This is how small businesses choose to become staples within their communities or become a big box company.  They market to their consumer market, they honor their wishes, make them feel like their important to their growth.  Boogie’s markets to their consumers in the competitive Houston BBQ & restaurant market, telling them: Boogie’s is what yo belly wants.  In their restaurants in Houston and Missouri City, Texas, customers feel like family as they order food, wait for their orders, chat with the dine-in customers or the owner about current events and funny things they have seen.

As I watched customers in the restaurant interact with one another as well as Lamont mingling within the crowd before disappearing to the back to help with the growing crowd.  Mrs. Boogie (Nicoya) enters to mingle with patrons.  The crowd of patrons continues to swell with more conversation, more laughter, more of an environment that was like a mesh of family and friends that has grown over the years with this small business.  I realized two things: ONE … it does not matter how you start so long as you finish strong in the end; & TWO … this man, his friends, his family, his business and the gamut of patrons from all walks of life was the America that had been marketed to everyone for the past two centuries.  The land of opportunity to grow and become successful no matter the odds.  It was a revelation that Boogie’s Chicago Style BBQ is not simply a tale of rags to riches but a tale of hard work and togetherness that has seemed to be lost in a society of individuals consumed with their own reflections.

Yes Boogie’s BBQ and the story of Lamont Waits is symbolic that we can make it, not only if we try, but if we learn how to work together. 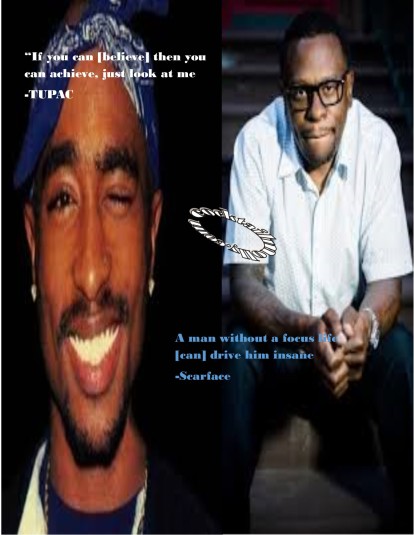 4 thoughts on “Makin’ It in the 21st Century: The Story of Lamont Waits & Boogie’s BBQ”